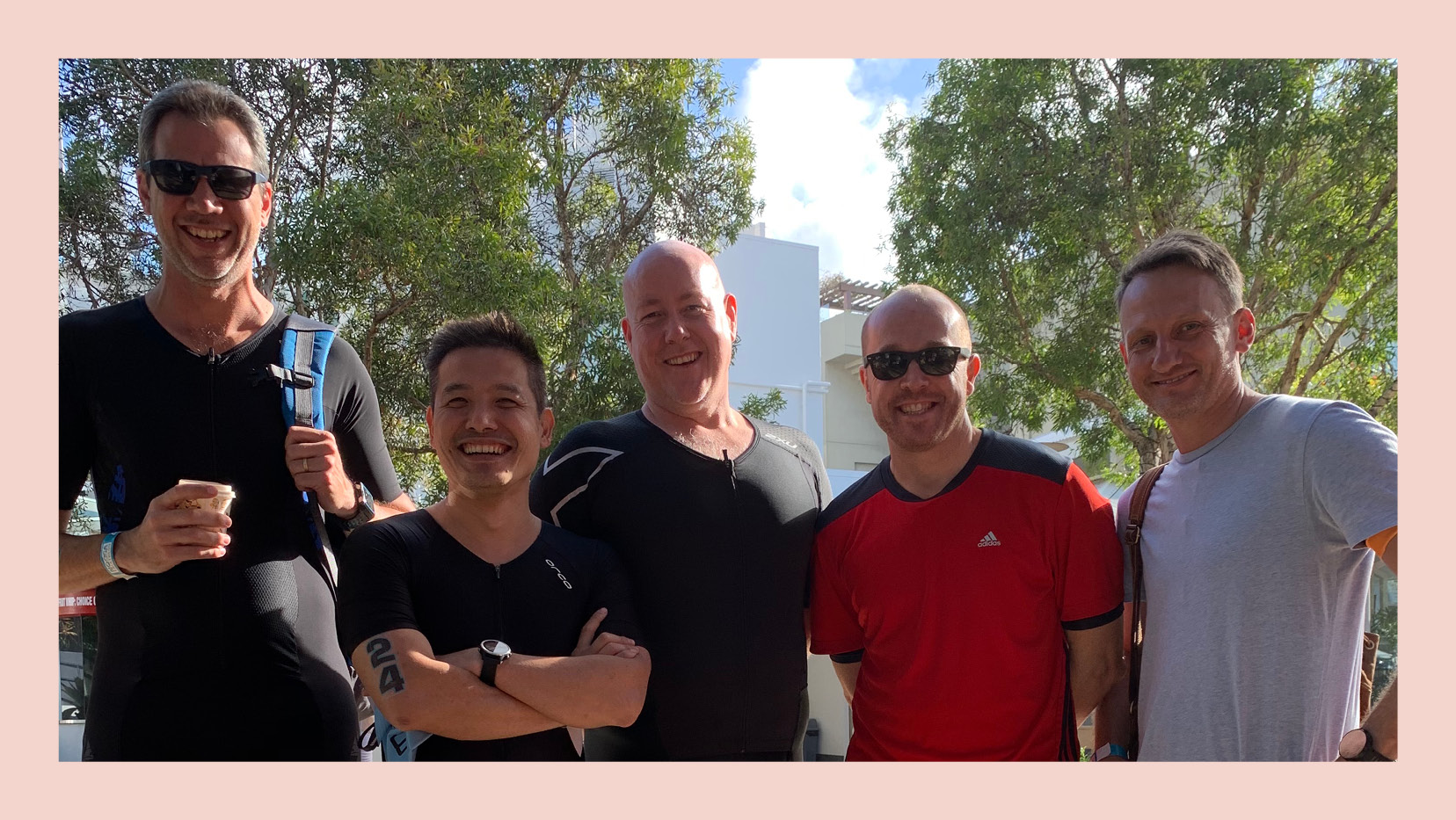 Above from left to right: Andy, Iwan, Dave, Phill and Scott

Yesterday accompanied by four great mates, and about six thousand other athletes I raced the Noosa Triathlon.

If you’ve never been a part of it or heard about it, the Noosa Triathlon Multi Sport Festival is Australia’s highest profile event of its kind. Athletes from all over the world stand shoulder to shoulder to race that is described as a 1500m swim in the calm and beautiful waters of Noosa Heads main beach, followed by a 40km ride that takes in the serenity of the surrounding hinterland and finished off with a 10km run through parkland, Noosa sound and some stunning riverfront homes.

But this isn’t about me, this is about my mate Dave.

Yesterday Dave became a legend. Not least of which because he completed his tenth Noosa tri and that therefore bestows upon him Legend status by the powers-that-be and the event organisers. But he became a legend as far as his training buddies are concerned because he made it by being persistent and determined.

In January this year after five dislocations, once through changing a light bulb, Dave underwent surgery on his shoulder. A surgery that put Dave out of action in the training department and meant that he couldn’t swim for six months.

For many of us a little bit of time off from exercise would be pleasant. But Dave was preparing for another Noosa tri and the impact from an absence of training was not even remotely ideal for his race preparations. His first day back at swim training was in the depths of winter, again not an ideal run into his tenth campaign. But the injury, the pain, the lack of adequate preparation didn’t, wouldn’t, couldn’t stop him. Determined as he was, he would conquer the course again.

The Noosa triathlon is challenging and yesterday was a particularly challenging one. Strong northerly winds whipped the ocean into a frenzy and with a strong sweep affecting the swim course officials had to make a late change to the course. Course changes aren’t made because they want the course to be easier, they are made because it’s dangerous and life threatening not to. The ocean was incredibly unfriendly and throughout the day there were a large number of rescues made as competing swimmers found themselves in precarious positions. One competitor told us that she had to make four attempts at making it to the first buoy because the swell and the under current come sweep kept pushing her back to shore.

Psychologically, looking out at a swim course that resembles the agitated water in a washing machine as opposed to glassy and calm seriously impacts your thought process. Gone are any concerns about how much fluid you should take on during the ride and or how the rising heat is going to melt you on the run. You are to busy worrying about entering the ocean and exiting alive.

But enter it we did, exit we did also. It wasn’t easy and there’s a few litres of sea water still finding its way out of my system.

For Dave, the rolling ocean made the swim really challenging. But he made it. He swam a respectable time of 00:22:26. He biked a very respectable 01:19:21 and despite being absolutely ragged he got through a hot 10km run at an average pace of just over seven minutes/km.

He wasn’t racing for the accolades, nor for a win. He wasn’t racing to set a new personal best. He was racing because he set himself a goal twelve months earlier and he was going to see it through. Dave’s just like you and me. He’s part of the approximately 99% of us that never went on to achieve professional or major representative status in any of the sports he played and that never stopped him from playing.

So what actually makes Dave a legend?

He knows that accomplishing a goal is reward in itself. He believes in himself. He’s a positive probabilitist, that is, he is of the opinion that the probability of a positive outcome is likely when given the opportunity to affect the situation through effort.

He has a growth mindset in that he believes that his talents, skills and knowledge can be developed through dedicated practice, deliberate effort and hard work. For him, adversity is not a signal to give up but rather a normal, natural and healthy part of life and therefore his growth.

He is motivated by a sense of purpose. A purpose that he supports by wrapping rigour and habit around training, practice and putting in deliberate effort.

He believes that accomplishing something is better than not doing anything and every day he accomplishes something, irrespective of how trivial or small.

He celebrates his wins. The small ones and the bigger ones.

Dave is just like you and just like me. His brain isn’t wired any differently and his growth is contingent on his effort not luck. Dave could have given in, thrown in the towel and hid behind a very plausible and acceptable excuse. He didn’t and instead he chose to give it a go. He set himself goals and he set about improving little-by-little. He turned up. He raced and in the face of less than ideal conditions he gritted his way through 51.5km of race. He persevered and that’s what makes Dave a legend. 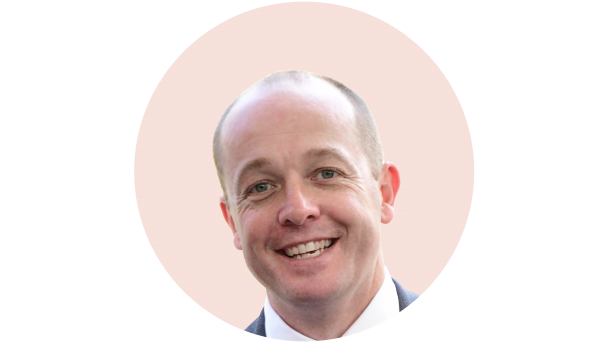 Listen in, read on or join the conversation ...

Keep yourself and your team up to date with all the relevant insights and different ways you can build momentum and increase the potency of your sales business.

Thanks for joining our community and we look to the forthcoming interactions.

This site uses Akismet to reduce spam. Learn how your comment data is processed.